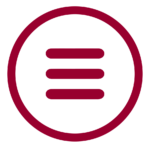 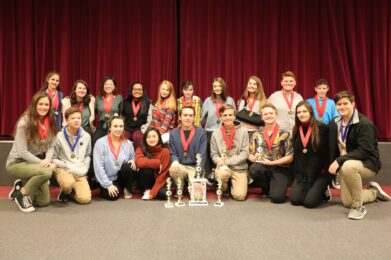 This past weekend our students traveled to Rainsville, Alabama, to compete in the Trumbauer District Competition. They took with them the sets they built, the costumes they designed and produced, and all the hopes that their hard work would advance them to Trumbauer State Competition. Our students competed in Individual Events and in a Group Event of The One Act. It was a full day of setting up, rehearsing, running from event to event, and performing. They suffered injuries, minor mishaps, fatigue and last minute changes, but they persevered and brought home the hardware to prove that the struggle is worth the accomplishment!

The excitement did not stop with the One Act. Our Individual Event entries were a Falcon Sweep for State qualification. The following is a list of all the qualifiers for Trumbauer State Competition in Troy, Alabama, on December 5-7.

Way to go, Falcons! For photos of our winning team, please click HERE.

At Donoho, academics are celebrated, imagination is embraced, and leadership is fostered in our college-bound students. Through our mission and core values, Donoho students, teachers, and parents are encouraged to Live with honor, Engage their passions, Act with humility, and Delight in wisdom.